Many people have been asking me whats all this panic about the US debt ceiling all about? Why is it so crucial and how does it affect currency trading. Allow me to attempt to shed some light for you!

The US government particularly the US Treasury, borrows money from the public to fund the government expenditures. A debt ceiling is the maximum amount of debt the treasury can incur by law.

The debt ceiling amount is decided and agreed upon via a successful vote in Congress and the subsequent signing into law by the US president.

Debt is incurred due to a budget deficit. Ie. Expenditures exceeding the revenue of the government.

When the debt ceiling is reached, no more debt can be incurred and the US Treasury will need to decide what obligations need to be paid and what not. Having a government not pay on certain obligations is definitely not a good situation to be in.

The 2011 US Debt Ceiling Crisis

The current debt ceiling is $14.3 trillion. Based on the current situation, the US Treasury estimates that it will be able to fulfill the country’s obligation until 2nd August. 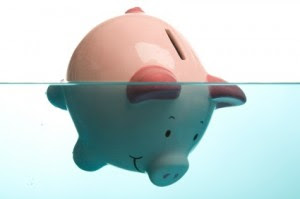 So why not increase the debt ceiling you ask?

The complication comes because as mentioned, any changes in the US debt ceiling needs to be voted in by congress first. The republicans and democrats are having a deadlock situation regarding how management of the debt and expenditure of the government should be. In simple terms, the republicans feel that with the recovery underway, more must be done to pay down the debt. Credit rating companies have threatened rating cuts and this may shattered the apparent belief that the US debt is a risk free investment.

Failure to meet it’s obligations will have global effects as most of the US debt’s is held overseas. Without getting the money due, other countries may run into economic problems too and a new round of global economic crisis may occur.

With it’s apparent image of a risk free investment under threat, the US Dollar will probably appear less appealing to investors. Recent crucial levels of weakness seen against currencies such as the Australian Dollar AUD and Singapore Dollar SGD are already suggesting that it is happening.