In Part 3 of our money management series, i will like to present to you Tom.

This is a story of how short lived his forex trading account is due to poor money management.

This is a story of a margin call.

Having deposited $200 for a micro account, Tom is all ready to go and feeling on top of the world.

He heard his friends saying that Forex is a trending market. Just follow the trend!

He heard people commenting about Non Farm Payroll and how much movement is generated usually during such.

“Good!” He thought. As long as he catches the trend, he would be earning big bucks.

How difficult is it seeing a chart going up or down.

He opened his chart and saw this.

His friends had advised him that forex is fast moving and hence he decided on the 1 minute chart to catch all the movement.

Simple. It was trending up he thought.

Stop loss or Take profit? He heard about them but felt it was unnecessary since he would be monitoring the trade. 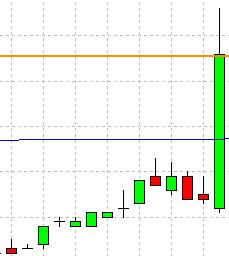 It is now 0830HRS. He is screaming with joy seeing this chart now.

Hey easy money he thought. The trend was definitely up.

That night was his lucky night.

A few mere minutes later, the world turned upside down.

Both positions had turned into losses. Amounting to about -$86.

Why didn’t i used a stop loss? He thought to himself.

He tried to click on close order but the price movement was too fast and he was constantly getting this error message of “reqoute” which he did not understand. He tried hard to enter a position to short the EUR/USD as the trading platform was constantly showing reqoute.

Dear readers we may laugh at this story but whether we like it or not, recklessness do gets the better of us at times.

Tom was unfortunate enough to choose NFP as his first step into forex.

Even more so when he felt that money management is just a fanciful term for nerds.

We have discussed previously about why it is important to have a proper plan and money management to achieve success in forex trading.

Incidents like Tom’s is very common in the forex market.

He made the mistake of

In summary he had no proper money management and insight.

Tom is everything we strive not to be.

Tom was sitting at his computer hands folded.

The trend was definitely down!

Now, he had suffered a margin call and had less than $50 dollars in his account.

Within a mere half hour or so, he lost more than half his account. 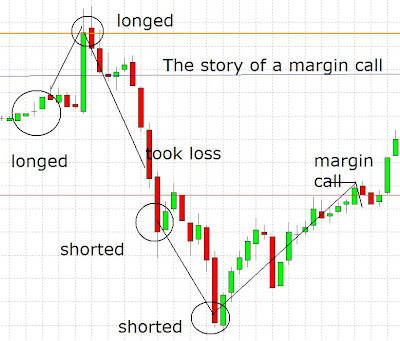 You can read Part 1 and Part 2 of my money management series.

Trade safely and do not learn money management the hard way like Tom.

Do NOT follow this link or you will be banned from the site!