It is mid week and i hope everyone is staying frosty . .

Yesterday, a report mentioned that credit-default swaps on European sovereign debt reached records levels on worries that Greece’s deficit woes is starting to affect the borrowing ability of nations in a similar situation throughout the region. Portugal and Spain may be at risk. This suggested a possible worst case scenario of a mass crisis of the Euro Zone and hence risk aversion was strong. Germany’s apparently unwillingness to participate in the aid solution probably gave the market much concerns. 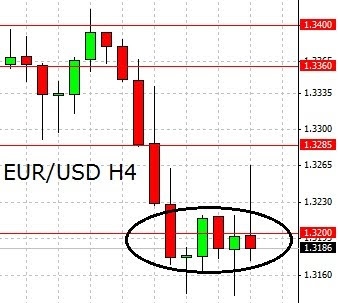 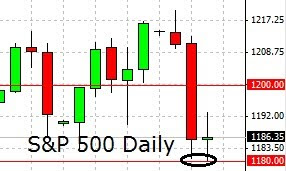 Gold remains bullish and is testing the upper limits at $1169+.

A stronger US Dollar + lower S&P 500 + rising Gold. A cocktail for risk aversion!

And indeed it may be. Back to haunt the market, the Greek Deficit Crisis has yet seen the light at the end of the tunnel. A report by Standard & Poor’s stated that holders of Greek bonds may lose as much as 200 billion euros should the government default. Greece’s rating was cut three steps to BB+, or BELOW investment grade. On top of that, S&P believes that the outlook is negative for Greece. This is definitely fanning the flames of risk aversion as investors dump their Greek bonds. Furthermore, Portugal received a cut in ratings as well.

The International Monetary Fund Managing Director also told German lawmakers that as much as 120 billion euros in aid may be needed instead of the initial 45 billion euros. Investors are probably concerned about how fast an aid package can be put together and how much. Even if the current needs are met, concerns remain for a longer term period.

We know that Greece is not the only nation in the region with stretched budgets. Investors who monitored the actions and developments of the region to come together for a concrete action plan may be concerned that should other nations require assistance too, they may expect the same or even worse delays. The concern now is probably not with Greece, but the Euro Zone.

The US Federal Fund Rate is up next and hence do be careful. Investors may be monitoring for clues to any future polices. This is followed data such as the German Unemployment Change and US Unemployment Claims.

Bullish comeback may attempt to reach 1.3285.

Have you ever met folks who seem to have no regards for others feelings? LOL over in my crazy day work, i see some folks who never seem to have a nice word to say. Almost every word is hurting and nasty! Makes me wonder . . have they ever felt the way they cause others to feel?

Well not us koalas. We koalas are a friendly, nice, good nature ( sometimes sleepy ) lot!