Yesterday was a day of relief for the Euro Zone as there was improvement in the Greek deficit crisis. Standard & Poor’s said that it is not reviewing the nation’s BBB+ rating for a downgrade due to the Greek government’s efforts to narrow the budget deficit.

I mentioned before and i will mention again. The Greek deficit crisis will not be a simple fix.

Let us look at how the EUR/USD is doing. 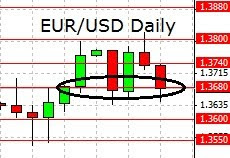 The EUR/USD suffered a major bearish attack and is testing the support of 1.3680. 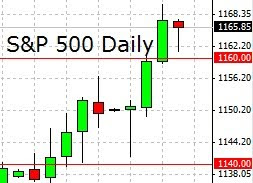 The S&P 500 is facing bearish pressure too as world sentiments go low.

Oil is back at $81+. This is the previous top and any further bullish ascend may indicate the next phrase of recovery.

Who let the bears out?

Most of you koalas who know my style have probably guessed the cause of it from my opening paragraph. Yes indeed, the Greek deficit crisis takes on a negative turn.

It was reported that the Greek Prime Minister set a one-week deadline for the European Union to have a concrete framework of financial aid for Greece. He also challenged Germany to give up its doubts about having a rescue package. If no concrete plan materializes by then, Greece may turn to the IMF for aid.

Turning to the IMF for aid is something the ECB President Trichet do not want. Doing so may suggest that the European Union is not capable of solving its own issues and this may undermine the EU concept.

Greece needs to raise around 10 billion Euros due to debt redemption that come due in April and May.

While we wait for further developments, risk aversion runs amok.

Tomorrow’s important events include the German Producer Price Index and a speech by the ECB President Trichet. Do be on a lookout as unexpected spikes may occur.

Have you planned for the weekend? Definitely a yes for me! I would love to catch up on forex articles and charts. Remember, making money in forex is never an easy game.